Reflections on the Ashoka U Indaba in Johannesburg, November 2013.

“How many of you are close to becoming a change-making campus?” asked the friendly voice through Skype speakers to an audience of 11 South African universities – of which we were one.

We’d been listening attentively to our colleagues in North America describing what it takes to become a university that embraces the vision of unlocking the innovative power of students to affect social change. We’d nodded collectively with shared emotions, knowing well the challenges and the triumphs – many met, but many still very much in the working. And yet, on this second day of reflecting on how to build an ecosystem of social innovation – in terms of leadership, systems, curriculum, strategy and community building – we responded heartily, certainly: “All of us!”

Actually, at first we were hesitant, a little amused (“Change-making campus? Really?”). Then we were swept up by the surging sense of possibility (“Wait guys, we really could… we really all could.”), which led to the out-loud response, “All of us!”

It felt good. It felt like the charge for which we had all convened was suddenly larger than any one university in the room. A memorable moment at the Ashoka U Indaba hosted by the Ashoka South African office and the University of Johannesburg.

The event ran from 13 to 15 November 2013 and I attended along with two colleagues from the University of Cape Town’s Bertha Centre (Programme Manager Sarah-Anne Arnold and MBA Scholar Susan De Witt).

There were 23 of us from 11 universities. Half of the total higher education system in South Africa was sitting around the same table with the same mission: to transform the sensibilities of our academic leaders, systems, content and students to cultivate the next generation of innovators and nation-changers.

We learnt about the powerful ecosystem that a university can be, fostering innovative thinking and action towards our continent’s inclusive future. We increasingly saw our respective institutions as complex, thriving webs of people, knowledge, research and practice that can stimulate creativity, a sense of purpose and empathy in students.

“This is the change-making campus” – the institutional soil that nourishes the seed of innovative brilliance within every man and woman learning there.

As the delegation from the UCT Graduate School of Business, our colleagues applauded us for sharing our journey in social innovation and entrepreneurship so far. But we soon realised that all the universities represented are on similar journeys, heading to similar (and interlinked) destinations, but with different names and at different points along the way.

Whether you name it the “Human Project” by the University of the Free State, the promotion of the “Social Economy” by the University of Johannesburg, or “making meaningful leaders of tomorrow” by Walter Sisulu University, we felt the essence and intuitive leanings of social innovation already resonating so deeply in several of our campuses. As we talked, we became more aware of a shared pedagogical drive to see learning translate into action of consequence.

I walked away from that three-day gathering thrilled about the ideas and energy I see capturing departments, faculties and students throughout UCT. I felt great satisfaction and delight to be part of an institution that is indeed charting a path of relevant teaching and research at this provocative crossroads in Africa’s development journey.

I landed in Cape Town intent on forming meaningful relationships with the champions of social innovation and entrepreneurship in fellow universities. It is an honour to be part of such a university-wide and nationwide movement. 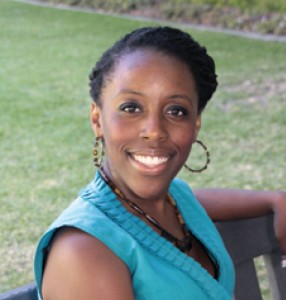 Dr Eliada W. Griffin-EL is a Senior Lecturer of Social Entrepreneurship at the UCT Graduate School of Business. Her research focuses on networked ecosystems for social change and how social entrepreneurs innovate, operate, and transform systems using the social networks in which they are embedded. Eliada loves words, live music, and is a collector of coffee-shop memories and all things orange.