Clearly, violence seriously undermines the development of many low- and middle-income communities and countries. But violence prevention requires significant resources to be holistically and appropriately applied.

Interventions for prisoner rehabilitation and gangster reform are complex creatures that require effort from various levels of government, society and the business community. In the South African prisoner reintegration space, responsibility for released prisoners has largely fallen to the Department of Correctional Services (DCS) – a problem because these individuals are not clearly identified as a group and integrated in the national, provincial and local government policy frameworks. In addition, the DCS budget allocation for rehabilitation and social reintegration is minute – just under 5% of the total! This leaves the majority of prisoner rehab services to a handful of NGOs and faith-based organisations who are mainly reliant on grants from philanthropic foundations. This donor community is very small in South Africa. The result is that too little funding is directed into prisoner reintegration to achieve impact on a meaningful scale.

Challenges like these have triggered the development of innovative, collaborative financing mechanisms – like the Social Impact Bond (SIB), which was pioneered in Peterborough in 2010 by the UK Ministry of Justice and NPO Social Finance.

The goal was to reduce one-year recidivism in a group of 3 000 short-term male prisoners in Peterborough Prison. How? By providing housing, substance-abuse treatment, skills and personal development after release. To do this, £5 million was raised from 17 social investors who would earn returns based on the programme’s success. A suite of non-governmental organisations was then selected based on performance and contracted by the SIB to provide the post-release services.

The investment raised through the Peterborough SIB was not meant to replace other funding, but rather to increase the pool available to prisoner re-entry providers. And it worked. After three years, interim results from the British Ministry of Justice showed a 6% decrease in reoffences among the Peterborough prisoners. The national average for the same period saw an increase of 16%.

What about Hanover Park CeaseFire?

Currently, CeaseFire has been funded as a three-year pilot (with the possibility to extend) by the Western Cape Department of Community Safety and the City of Cape Town’s Violence Prevention through Urban Upgrading Project. Already, the data collection shows a considerable effect on gang violence. But it’s important to consider how this impact can be sustained and scaled, through Hanover Park and beyond.

“The problem most of the time [in these communities] is that we get the right programmes, but don’t have a longer-term plan for continuing them,” says Violence Interrupter, Clint Wilderman. “Then, as soon as the results are presented and people see new hope, the plug is pulled and they are left disappointed.”

Yes, long-term planning is essential. But it needs to be matched by collaborative, holisitc action because, according to Kim Hawke, problems like gang violence sit in a self-perpetuating system: “It starts with a lack of education, which drives hopelessness, which drives substance abuse, which drives poverty, which drives gangsterism, which drives violence,” she explains.

So what’s needed for this programme to really work is an effective network of partners providing complementary social services as a support. This kind of scaling would require greater financial investment, more service providers and some visionary leadership to tie it all together. With government budgets and funders as they are, perhaps innovative financing instruments like the Peterborough Prisoner SIB could one day be applied to projects like CeaseFire – certainly, the target groups are similar and the social challenges intertwined.

For this to happen though, additional funders would have to join the Western Cape government and City of Cape Town’s investment. CeaseFire’s success so far is a clear indication that there would be social (and thus financial) return. So let’s look to the Peterborough SIB for lessons on how local government, funders, social investors and service providers could align their resources. It seems this kind of funding holds much promise… even for projects addressing the most intractable of social ills.

After dabbling in chemistry and teaching English in South Korea, Khethiwe has found her place and purpose in the social sector. She has an MBA from the UCT Graduate School of Business – her research focussed on Social Impact Bonds and prisoner reinsertion. She now manages the Social Franchising Accelerator at the Bertha Centre, a project that helps organisations to scale their work. In addition to spreading social impact, Khethiwe is passionate about community safety and helping formerly incarcerated people reintegrate into society. “I believe incredible potential can be found in some of the most overlooked places and people – especially prisoners,” she says. “One day, I’ll start a venture that will show this to the world.” 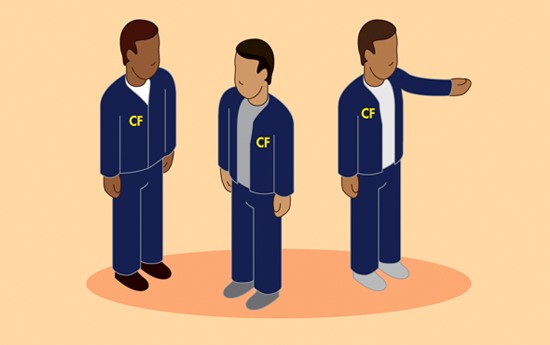 
The CeaseFire concept was imported from the US to clean up crime in Cape Town’s notorious suburb, Hanover Park. But local context and community involvement ...