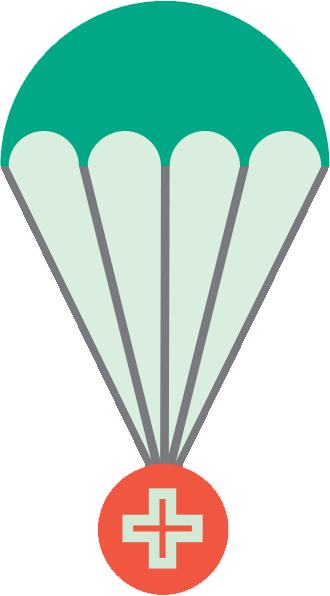 KwaZulu-Natal Office of the Premier and BroadReach Healthcare.

Operation Sukuma Sakhe (OSS) is a united front against poverty and illness, bringing Government, municipalities, NGOs and communities together to fight poverty in one of South Africa’s poorest provinces.

Sukuma Sakhe means “Stand up and Build” in isiZulu. It is the rallying cry of an initiative that takes its cue from the National War on Poverty Campaign, which was launched in 2008 by then-President Thabo Mbeki in his State of the Nation address.

OSS is a regional spin-off of the campaign, seeking to unite political and traditional leadership, civil society, community organisations and communities themselves, in the quest to combat poverty and its side effects. “It is not a programme,” stresses Dr Fikile Ndlovu, General Manager: HIV and AIDS, KwaZulu-Natal Office of the Premier. “It is an approach.”

Building on the military metaphor, OSS acts as a united front that battles poverty from “War Rooms” in municipal wards. These are bases for Community Development Workers, Community Caregivers, Youth Ambassadors and other field workers, who can be called on to work towards the ideals of poverty alleviation, and meet people’s most basic needs.

The need, explains Dr Ndlovu, may be as simple as a wheelchair for a bedridden patient in a rural area. Or it may be an ambitious behaviour-changing intervention, such as closing taverns and searching schoolbags in an area where teenage substance abuse is rife.

But OSS tackles the causes of poverty as well as the symptoms. The ultimate goal is to get people to take charge of their own escape from the spiral. “We encourage people to garden, to work with their hands, to look at commercial ventures,” says Dr Ndlovu. “It’s amazing to see how [they] are able to motivate each other and start thinking for themselves.”

Dr Veni Naidu, from Social Partner of OSS, BroadReach Healthcare, speaks of the “path of graduation” from poverty to independence: “There is documented evidence of people improving their circumstances to be gainfully employed. There is a bursary scheme from the KwaZulu- Natal Premier’s Office. Community Caregivers are provided career opportunities to further their studies and to go on to qualify as healthcare and auxiliary social workers.”

In turn, these “graduates” serve the community and so become part of the greater campaign to win the war. Already more than 2 000 Community Health Workers have been trained in primary-health skills, including HIV and TB screening, monitoring early childhood development, checking ARV adherence, and performing home-based care. 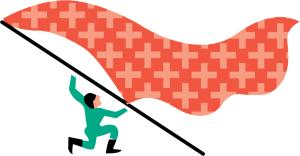 OSS’s integrated, multidisciplinary approach calls for strong support from Government and province, working across departments to coordinate and deliver services. But it also calls for methodical reporting from the field, where community workers and Ward Councillors provide intelligence on poverty levels and urgent cases of need.

But while OSS fights the war on poverty from the top, the secret of its success is that it is led from the field. “The community leads the response and identifies their needs,” says Dr Naidu. “Then the service providers, such as Government, local municipalities, NGOs and the communities themselves, deliver the services required to move individuals and households to independence.”

Big challenges call for bold initiatives, and bold initiatives call for integrated action. No single individual or organisation can hope to overcome a foe as powerful as poverty when working alone. But by joining forces, and by organising a campaign with clear strategy, strict discipline, and strength of purpose, many people, together, can win the battles.


ALL THE WINNING INNOVATIONS IN HEALTHCARE: Nominations poured in. There were so many innovators to consider and commend. But, at the close of the first Inclusive Healthcare Innovation Summit (IHIS) in Cape Town 2014, a winner (or two) was finally chosen from the finalists in each of the five award categories. Meet the prize-winning people and projects here… Collaborative Reimagining Award: → Operation Sakuma Sakhe  → Electronic Continuity Of Care Record (eCCR) / Transforming the System from the Inside Out Award: → Parents Guidance Centre Reakgona  → AfriTox / Minding the Gap Award: → Umthombo Youth Development Foundation /Inclusive Technology Award: → Praekelt Foundation / Pioneering Approaches Award: → Kheth’Impilo

Adapted from the 2014 Health Innovator’s Review, compiled by Inclusive Healthcare Innovation, a joint initiative between the Bertha Centre for Social Innovation & Entrepreneurship at the University of Cape Town (UCT) Graduate School of Business, and the UCT Faculty of Health Sciences. 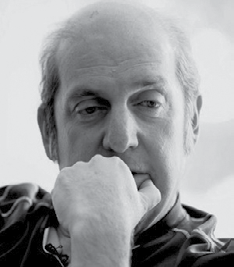 Gus Silber is a journalist, author, editor and scriptwriter based in Johannesburg. His books include The Phelophepa Health Care Train, Ten lessons From the Future and Radical Innovation, co-authored with Wolfgang Grulke. “Healthcare and innovation happen to be two of my abiding interests as a journalist,” he says. “Too often, we focus on the gloom and doom surrounding social services in our country. The iHI Review was an opportunity to shine a light on the good and the great.” Memeburn considers Gus one of the 50+ prominent South African journalists on Twitter. Find out why: @gussilber.