The world is changing. And so is the way we use information to assess and describe it. That’s why today’s organisations are looking for more visual data, and today’s infographics speak more than a thousand words. Thomas shares the trends behind the change…

In my experience and in many development fields, results (and the data required to assess them) have been rising higher on priority lists for some time. Within the UN, the focus on working with data stretches back to the ’90s, at least.

In the Programme for Reform, presented by the UN Secretary General to the UN General Assembly in 1997, it was proposed that the UN “place greater emphasis on results in its planning, budgeting and reporting and that the General Assembly moves the budget of the United Nations from input accounting to accountability for results… shifting the focus of planning, budgeting, reporting and oversight from how things are done to what is accomplished”.

Since then, the notion of results and “results-based management” (RBM) has become a central aspect within the UN system and a global trend among international organisations, reinforced by new commitments.

This is even more evident today. In the world of public health, there is a clear move towards working for results. Many in the sector have become uncomfortable wasting valuable resources, for example by travelling to meetings or conferences with no real purpose in mind.

Being orientated towards results helps us feel better about our projects, because we can clearly see what’s working as planned. Also, when well done, results-based strategies for public health can help even the most participatory and empowering approaches to achieve more holistic, long-term and equitable results.

Increasingly, organisations and governments only want to pay for results. The driving force is likely increased transparency and a more vocal public asking where and how aid money is being spent. The resultant trend has already spawned its own set of terminology and acronyms: payment for performance (P4P), results-based aid (RBA), results-based management (RBM) and even Cash on Delivery (COD) Aid.

It’s not simply about taking results into consideration. It’s about paying only for results attained and targets achieved – from a reduced incidence of a particular infectious disease to a defined increase in high school graduates.

This is happening across sectors. Large vertical health funds like the Global Alliance on Vaccinations and Immunisations (now GAVI Alliance) have successfully innovated COD Aid. In their 2010 book, Cash on Delivery: A New Approach to Foreign Aid, Nancy Birdsall and William D. Savedoff from the Center for Global Development (CGD) focus specifically on how COD Aid could be used to help developing countries achieve universal primary school education.

Results-orientated aid is increasingly at the core of African development discourse. At a UN summit in 2010, Ibrahim Assane Mayaki, CEO of The New Partnership for Africa’s Development (NEPAD) said the resultsbased approach will be required if African countries are to achieve the Millennium Development Goals.

Already, countries like Rwanda and Burundi have payment for performance models within their health systems. Lesotho too – I previously worked with the Lesotho government to develop a results-based strategy for HIV prevention. This was not the first of its kind; we drew on other countries’ results-based examples and were encouraged by the relevant UN agencies to do so. In fact, when it comes to HIV, the results-based approach is becoming heavily entrenched within various multi-year strategies and frameworks.

Clearly, paying for results is an important health and development trend. And so is measuring and reporting those results in the best possible way.

3 We need data, but not the disorganised kind.

While results-based interventions are now in vogue, few organisations can keep pace with the trend. Many still struggle to plan their work, monitor progress or evaluate results effectively.

In 2012, I went on a Southern African field trip to investigate how organisations in this area use strategic information for public health. What I discovered is that, in many cases, information is handled with little competence and even less creativity. There are many reasons for this: poor management, lack of skills, insufficient resources, a difficult funding environment and more.

All of this means organisations can have serious problems setting targets and measuring results. Similarly, the way in which targets and results are used to shape future programming is often unclear. Information is just not organised or utilised enough.

Dull data is mute and ineffective. It doesn’t communicate what it’s supposed to, which is such a waste. And often, data is dull because those collecting or presenting it find it so themselves. Through many interviews at various organisations, I asked people what they were doing to use data strategically and better. The answer, in general, was, “Not much”. The explanation, in general, was a surprising lack of passion for information.

Data is seen as dry, dull, difficult or laborious to produce. This is a problem, because organisations need to generate information and learn from it in order to optimise their effectiveness and secure the funding they need.

Imagine how much more effective organisations, governments and companies could be if they actively gathered, analysed and learnt from their results. And if they shared them. But it starts with making data less dull.

5 Graphic data gets the message across.

The way the human eye sees and reads content makes visual information more effective than textual. There are also social and behavioural factors involved. We live in a high-speed, media-rich world with an ever-increasing amount of information in print and online. It’s unsurprising that attention spans are shortening, splintering and always seeking the quickest, easiest way forward.

Because we have human eyes and post-modern attention spans, most of us probably wouldn’t read a long stream of text on how information is processed and absorbed. But we’d probably look at a visual representation of it, like the one on the previous page. And absorb it too.

Infographics, or information graphics, are useful tools and visual representations of complex data. They’re growing in popularity because they suit our times, but they’ve been around since the days of early human cave paintings and maps. They were used to illustrate the rotation of the sun in the 1600s, and British economics in the 1700s. In 1857, Florence Nightingale used them to persuade Queen Victoria to improve conditions in military hospitals.

In 1861, one of the most famous infographics (and many say one of the best ever made) was produced. The graph-like artwork showed Napoleon’s ill-fated march on Moscow, including the direction the army marched, the locations it passed through, the size of the army as it was defeated, and the freezing temperatures that were endured.

Infographics can help people to understand what the facts and figures behind their work really mean, and why it matters. The implications of this are often very significant, organisationally, socially and financially.

If organisations work to package data more innovatively, they’ll be more effective at sharing information about their progress, highlighting where issues are emerging, and advocating for better communication with staff, clients and donors.

This is the thinking behind my agency, Lushomo, which helps health organisations to understand and share their information in a way that furthers their aims. It’s a process that can elevate data to benefit any practitioner, entrepreneur, academic, organisation, corporation or institution. It goes like this: collect information; innovisualise it; present, share and enjoy.

There are a number of tools available for innovisualisation. The simplest and best-known is Microsoft Excel. Other free options include: 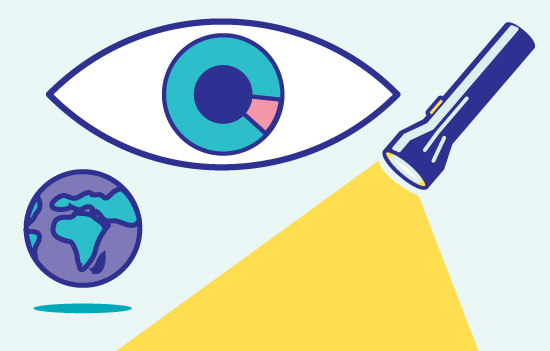 
Infographics are not just pretty pictures. The good ones, that is. They are new and innovative ways of presenting information in an increasingly visual and ... 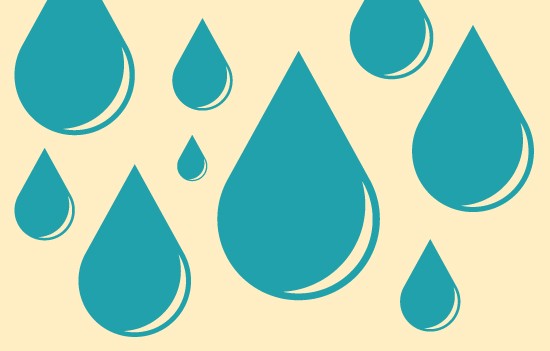 
Social impact is always more impactful when it works from the inside out. In other words, from within the environment, community or social challenge that ...