Drones. Grain silos. Biogas. These Kenyan innovations are having great impact both on the ground and in the air. They work because they find answers to local challenges from inside the sectors and communities they serve.

Michael Njau laments the fact that Kenya’s economic growth strategy does not translate into poverty eradication. Yes, the GDP is going up, but people’s standards of living are not. Development studies also predict that energy and food price hikes will slow growth and hurt poor communities already affected by climate change. As an environmental waste management expert and project manager of Keekonyokie Slaughterhouse’s biogas project, Njau is working to contribute to a possible solution.

The economic implications of poverty and fuel prices come with social, environmental and health concerns too. According to the World Health Organisation, more than 3 billion people worldwide get their energy from solid fuels, including coal and biomass (wood, dung, agricultural residues). Burning solid fuels on open fires or traditional stoves leads to dangerous indoor air pollution – this kind of smoke contains about 20 times more pollutants than accepted guideline values.

The Keekonyoike Slaughterhouse biogas project uses the most abundant available natural resource to generate energy for those at the bottom of the economic pyramid.

Their aim is to recycle blood and animal waste into cheap energy, to be sold as safe packaged biogas to low-income households that can’t afford electricity or liquefied petroleum gas (LPG).

Keekonyokie has always been a local solution. It was founded in 1981 by a group of Maasai pastoralists in Kiserian on the outskirts of Nairobi. There was no funding or external support. It was an informal, community owned and managed livestock production slaughterhouse that served the community financially and socially.

Over the years output increased – chairman, Mzee Ole Tunda, says they now slaughter 150 to 200 cows a day. In 1992 Keekonyokie was registered as a company and in 2005, when new regulations barred the discharge of slaughterhouse waste into rivers, they started work on a biogas plant with proof of concept support from Kenya’s Climate Innovation Center (CIC). Another local solution.

A case study report by the UN Food and Agriculture Organisation (FAO) states that Keekonyokie is unlike the, “classic Payment for Environmental Services (PES) scheme where the initiative comes mostly from a mediating institution that brings potential buyers and sellers together to negotiate a voluntary contract. [T]he initiative in this case came from the local people themselves and it was not linked to a particular payment but to the need to comply with environmental regulation.”

Njau is an advocate for such local solutions, which are invariably more sustainable. He calls this an “informal sector economic growth model” that focuses on poverty eradication at the grassroots. In addition to being a profitable enterprise, Keekonyokie delivers both social and environmental gains.

It employs about 172 people directly and 200 more indirectly. All the liquid slaughterhouse waste goes into a processing plant where the biogas is produced and taken to be packaged. The advantage of the process, says Njau, is that it’s natural and does not pollute the air. Initially the fuel has been stored in used tyres to reduce environmental impact further.

Currently, the energy produced is used internally. But a totally new and unique commercially packaged biogas product has been developed too. Says David Njugi, technology analyst from CIC: “No one has been able to package biogas under low pressure for domestic use. With Keekonyokie’s innovation, this will be possible.”

The innovation is a 6kg biogas packaging cylinder developed through work with the government agency Kenya Institute of Research and Development (KIRDI). Safety standards and tests required by government are all in place and Keekonyokie is now ready to roll out its plan of packaging 100 cylinders a day, to be sold in and around town and then in surrounding areas.

“It will provide clean cooking fuel to households, improve the environment and mitigate against climate change,” says Njau. “It will save on trees that are cut for charcoal, and it will create rural enterprises by establishing plants to generate and package biogas.”

Njau says the plant is currently operating at 20% efficiency, with 80% of total potential still unexploited. So, ultimately, it could reach 250 000 consumers, although the aim for now is to supply 20 000 households in five years. The 6kg biogas cylinder will also sell for half the price of a similar amount of LPG. So it will slash consumers’ spend on charcoal and firewood by 50% and save on the time taken to collect these fuels.

The effluent will be used to make organic fertiliser for the deteriorating Maasai rangelands. As more biogas is packaged and sold, there will be more jobs and greater disposable income in the local community.

Moses is a Kenyan communication specialist who writes on media, health, education, youth affairs, religion and new technology. He’s based in Nairobi, but writes for various international publications including The Star in Kenya, the New Internationalist (UK), World Magazine (US), Christianity Today (US), and Christian Times (Juba). He was a Joel Belz Media Fellow in 2012 and a Citizen News Service Health Fellow in 2013. When he’s not writing for work, Moses reads, writes and blogs for leisure… or watches soccer. 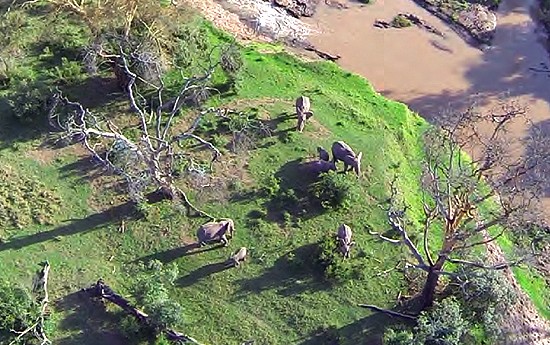