In 2012, Jim Clifford knew that the Consortium of Voluntary Adoption Agencies (CVAA) in the UK was extremely effective at placing challenging children with adoptive parents. More effective than government programmes that wait for aspirant parents to approach them. As head of the not-for-profit advisory at accounting firm Baker Tilly, and an adoptive parent himself, Clifford also knew that if the CVAA programmes were scaled up, they could help thousands of children and save the government millions of pounds. There just wasn’t enough grant funding to reach the scale they desired. So Clifford and the CVAA went to the UK government with a proposal:


“If we find private investors to fund the scale-up of proactive adoption organisations, will you agree to pay us a portion of the cost-savings you realise with fewer children in foster care?”

The answer? In a word, yes.

This is the story of Social Impact Bonds (SIBs) – innovative financial products that use private investments to fund the scaling of social interventions. The Consortium of Voluntary Adoption Agencies SIB was the first one initiated by the voluntary sector. It took nine months to get to market. Investors, including foundations and corporate businesses, invested £5-million, which they expected the government to pay back with interest if the programme achieved success. The result? Today, a network of 18 organisations is securing an additional 300 adoptions in the UK each year. So far, a good investment for all concerned.

That’s how SIBs work. Contractually, the government agrees to repay investors if, and only if, certain previously defined outcome targets are met. This is a change from the historical approach that sees social aid organisations powered by donations and government contracts granted on the basis of future plans. Money is given upfront with no promise of return and often little accountability if the project doesn’t perform according to plan.

They are called many things: Social Impact Bonds (SIBs), Pay for Success (or Performance) Bonds, Social Benefit Bonds (SBBs) and the newly coined Development Impact Bonds (DIBs). In addition to the voluntary-led, there are also government-led SIBs and even Social Impact Funds, which use private investment to fund a range of diverse interventions, from homeless youth projects to care of the elderly.

The underlying goal is to use private “risk” capital to fund a pilot programme for proven, small-scale social interventions. Why? Because these interventions are often preventative and involve the coordination of multiple service providers, meaning they’re too risky for governments to direct capital towards without a track record.

What does this mean?

“Social Impact Bonds are based on a commitment from government to use a proportion of the savings that result from improved social outcomes to reward nongovernment investors that fund the early intervention activities.” – Social Finance, 2009

It means that SIBs can help to motivate real social results. By paying out at the successful conclusion of the pilot, the government is clearly rewarding outcomes, as opposed to processes or promises.

Here’s how they work…

1 A government, foundation or other funder contracts an intermediary to administer the bond.

3 The money is distributed to service providers, such as charities, social enterprises and SMEs, who coordinate their efforts to scale up the work they’re already doing, hopefully increasing impact across a community.

4 Evaluation advisors help to make mid-course improvements. Five: after independent assessment by a third-party assessor – and only if certain previously agreed outcome metrics are met – the government repays investors with interest. Returns to investors (and service providers) are funded on a tiered basis – the more successful the intervention, the greater the return.

So there it is…

Five steps from investment to impact and return. Well, in a simple world and an ideal SIB. But most things are neither simple nor ideal. In fact, despite the best intentions, SIBs as instruments are still costly, time-intensive and unproven. They’re also evolving into ever-more complex entities – from predominantly equity investments in small social enterprises into sophisticated financial structures constituting a true social investment market.

The result, hopefully, will be a space where investors and investees can choose the social-finance instruments that fit their risk-return profile and capital needs. But will SIBs successfully deliver financial and social returns as they continue to evolve? And will they ultimately ensure social benefit within the countries and communities that need it most? Yes, initial projects have already been launched in the UK, US and Australia, but how should they be adapted for use in other areas, such as Africa?

*Portion of this story have been adapted from The Social Investment Market: The Role of Public Policy in Innovation and Execution Development Impact Bond Working Group Report 2013.

WHY NOT JUST GET A REGULAR LOAN?

SIBs are very new. They’re new enough to be highly innovative, but also to be stirring up some criticism and concern. The Economist has called them “a big financial experiment”, and many even question the need for this kind of investment structure when a government could simply take a bank loan to fund social projects and then pay it back with interest when the job is done.

But it’s not quite the same thing. Why? In one word: incentives. In other words…

First she was an investment banker. Then she was a social investment banker. Now she’s a Dean’s Fellow at the Saïd Business School, Oxford. She’s consulted with the UK government, Big Society Capital, the Skoll Centre for Social Entrepreneurship and social enterprises the world over. In June 2013, she moved to Cape Town to be a Fellow at the Bertha Centre for Social Innovation and Entrepreneurship, Aunnie’s social investment in Africa. Read more about her work at: www.apsocialfinance.com 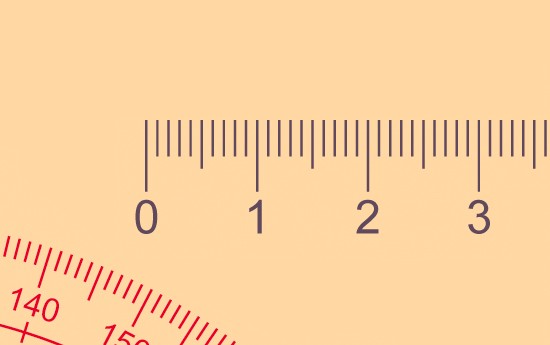