Civil society activists in Johannesburg are usually associated with protest marches, T-shirts with cool slogans, and Braamfontein. As CEO of the South African Human Rights Commission, I attend meetings instead of marches and wear, not T-shirts, but pinstripe suits. Do we have anything in common?

The one thing I have in common with my civil society friends is the Johannesburg suburb Braamfontein.

Several prominent civil society organisations have offices or attend meetings and workshops in this area and can often be spotted, sipping cortados or swapping activist stories at local cafes. They all look so young, energetic and determined. And, despite my advanced age and smart suits, my activist friends always acknowledge me with a fist bump or a quick conversation when we see each other at a Braamfontein spot.

As part of my studies, I conducted an anonymous survey of 26 activists based at a particular Braamfontein civil society organisation (I won’t reveal the name or indicate whether the organisation is physically located in Braamfontein or just visits for events). My survey assessed the level and nature of activism that members of this organisation were involved in. While some results were unsurprising, others revealed interesting insights.

Compared to the results of the national Afrobarometer public attitude survey, which showed that only 11% of South Africans had attended a protest in 2011, this level of activism among the Braamfontein civil society respondents was remarkably high.

These results are of course not surprising. We expect activists to attend protest marches and wear T-shirts. But, when the survey activists were asked whether they had ever contacted an official in a government agency to raise a concern, 50% indicated that they had never done so. About 27% had only contacted a government official once, while 12% had done so a few times and 4% had done so often.

When the activists were asked if they’d ever contacted a member of parliament about a problem, 69% said never, about 12% said only once, while 8% said they had done so a few times.

So what does all this mean? My civil society friends in Braamfontein appear to be more willing to participate in a protest march (83%) than contact a government official (43%) or member of parliament (20%). And if you thought civil society activists were perhaps more willing to access government officials and members of parliament through political parties, you would be wrong. About 65% had never contacted a political party official, while 15% had done so only once.

What this study reveals is that some civil society organisations may be working outside the government mechanisms established to deal with citizens’ concerns. It may be easier to protest outside parliament than to engage directly with members of parliament. Civil society activists might argue that members of parliament are not that accessible. Or perhaps, activists have a limited understanding of how to access parliament and raise concerns with their elected representatives.

Unfortunately, my study does not explore the reasons behind activists’ choices to protest rather than engage. But it does reveal that, while civil society may comprise highly active citizens, the mechanisms they use to raise concerns appear slanted toward community meetings and protest marches.

There is little direct engagement with government officials – who these protests are often aimed at.

While this analysis may appear critical of civil society and could potentially reduce the number of fist bumps I receive, I’d like to suggest that my critique also extends to the mechanisms government uses to engage citizens. On the one hand, it would be unfair to blame government for not engaging citizens when the mechanisms for this purpose are not being used by civil society. But, if the mechanisms established by government are ineffective and inaccessible, then can you really blame the activists?

Perhaps the solution is to combine the suits and the T-shirts. We need protest marches and community engagements, but also meetings with government officials and members of parliament. And the Human Rights Commission would be happy to arrange these meetings – in Braamfontein of course.

~ This piece was originally written for community journalism project GroundUp

ESSAYS IN QUESTION: Three key thinkers ask three key questions. What do civil society activists do? Do employees care about responsible retirement investing? And is innovation in Africa the “leapfrog” solution everyone seems to think?

He is CEO of the South African Human Rights Commission and a recipient of the Leiden University Nelson Mandela Scholarship, and the Mail & Guardian Top 200 Young South Africans Award. Kayum is a board member of the Steve Biko Centre for Bioethics and a member of the Millennium Development Goals National Coordinating Committee for South Africa.


Sometimes, I can’t help but wonder if there’s a disconnect between our values and our money. I’m a senior lecturer at the UCT Graduate School ... 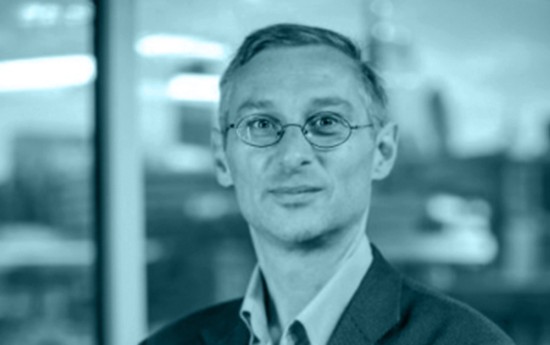 
South Africa may be better-known for the export of diamonds, safaris and the fast-food chain Nando’s, but it’s also the source of a pioneering model ...